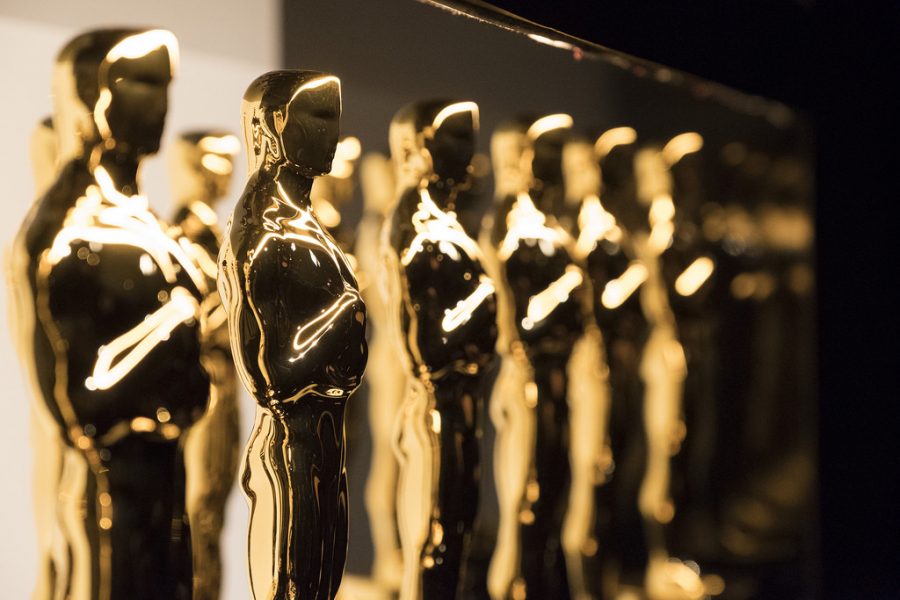 Airing on Feb. 24, the 91st Academy Awards made history as the first awards ceremony in 30 years not to have an official host. While many worried that this would make for a disastrous night, the evening turned out to be a refreshing, progressive, fun-filled event without the extra commentary.

This year’s Oscars opened with a mash-up of Queen’s “We Will Rock You” and “We Are The Champions” performed by Queen and Adam Lambert, riling up the audience and creating excitement for the night to begin.

Although the Academy did not have a planned host for the night due to Kevin Hart stepping back due to controversy, many actors, including Tina Fey, Maya Rudolph, and Amy Poehler, willingly stepped in to fulfill the important role of announcing winners and entertaining the audience, doing a great job of continuing on despite their lack of time and preparation.

The night also featured many groundbreaking moments, such as when Rami Malek and Olivia Colman won ‘Best Actor’ and ‘Best Actress’ and sweet serenades, too, including a live performance of “Shallow” by Lady Gaga and Bradley Cooper after it won Best Song from the movie “A Star Is Born”.

Actor Rami Malek made history as he accepted his Best Actor Oscar for his portrayal of Freddie Mercury in the ‘Best Picture’ nominee “Bohemian Rhapsody”, making him the first actor of Egyptian heritage to win the award. For the first time ever three out of the four major award categories were won by people of color. The night was truly a night of progress. The increased inclusion and representation is likely what caused the amount of viewers to increase by 12% in comparison with other years.

Later, comedians Awkwafina, John Mulaney and Trevor Noah appeared with a sense of panic about technical aspects of the show, getting some great praise and laughs before announcing the Best Short Film as “Skin” by Jaime Ray Newman and Guy Nattiv. Trevor Noah was particularly funny, as he spoke a phrase in Xhosa, joking with non-speakers about what it meant.

Although some were disappointed that “Green Book” took home the award for Best Picture, the pool of ‘Best Picture’ nominees this year was tough competition; each of the highly-rated movies portray important messages about  society today while featuring amazing plotlines.

The awards show as a whole was another great show for the Academy. In addition to its emphasis on the renowned pieces and artistry, this show truly stands out for its innovated format and increased diversity within awards, which has been a long time coming. I give the Oscars this year an 8/10.

A Hostless Oscars Wasn’t The Problem, The Winners Were

On Feb. 24, the 91st Academy Awards were held to award deserving movies and those who help create them. Even though the academy had the best intentions to award the best in the business, this year’s award ceremony disappointed many.

There were some shocking moments that left viewers outraged at the outcome of some of the awards. The most outrageous by far was “The Green Book” winning best picture. With a number of better movies to choose from, this year’s choice for Best Picture was the worst in a very long time.

“The Green Book” was not a bad movie but it was nothing more than “Oscar Bait”. It could be corny at times, but that’s often the case with “Oscar Bait” movies. “Oscar Bait” means that this movie tries to hit the stereotypes of what kind of movies win Oscars. This movie felt like everyone on screen knew that it was just an “Oscar Bait” movie and nothing more, which is really disappointing considering the impact this movie could have if it was done right. The movie was also caught up with so much controversy it just seemed wrong to give it an award. First of all, the family of Dr. Shirley said there were numerous falsehoods in the narrative. Dr. Shirley and Tony Vallelonga were never really friends. He did not stay with Shirley for 18 months, the maximum he would keep a chauffeur for was two months. Dr. Shirley would even complain that Vallelonga would not open the car door for him or carry any of his bags. Far from the close friendship shown in the movie.

The movie that should have won Best Picture was “Roma”. The true story of an Indigenous maid and nanny and her struggle working for a wealthy, but dysfunctional family, in a time of revolution in Mexico. Everything from the beautiful cinematography and brutally honest way of telling her story made this movie a pure masterpiece.

Another category that was way off the mark was the best visual effects winner. “First Man” brought home this award and it felt like Retribution after Damien Chazelle didn’t get the Oscar for “La La Land”. The movie that should have won the award was “Infinity War”. The whole movie was filled with computer-generated effects that felt seamless with real-life actors and locations. Not to mention the emotion on Thanos’s face made Josh Brolin’s already fantastic performance even better.

“BlacKkKlansman” was also snuffed for the best editing award. “Bohemian Rhapsody” was a good and fun example of editing, but Spike Lee’s use of editing to make two scenes happen at the same time was important to a thematic and cultural level. Having a civil rights leader speak of his childhood trauma of living in a racist south at the same time the KKK is having an induction meeting and planning to attack, represents how people now are still looking back on the horrors of racism during the time period of the movie and how racism is alive today with white supremacists. That scene alone should have won the award for this movie.

Besides the fact that the awards didn’t go to the right movies and people, the award ceremony itself just felt awkward and boring. Without a host running the show and entertaining the audience in between awards, the ceremony just felt off and uncomfortable.

There were musical performances, but those felt lackluster as well. Adam Lambert sounded strange in place of Freddie Mercury with Queen. Maybe a stronger vocalist without fingerless gloves could have pulled this off better, but Lambert’s performance just felt off. Lady Gaga and Bradley Cooper’s performance wasn’t bad, but at this point, “Shallow” is just about as tired out as any song that gets overplayed on the radio. There’s a point where watching pretty people walk around and be pretty then getting awards for it just gets dull, and that was the case with this year’s ceremony. This year’s Oscar winners felt and wrong and the ceremony had nothing to offer. I give this years Oscars a 2/10.