September Photo of the Month 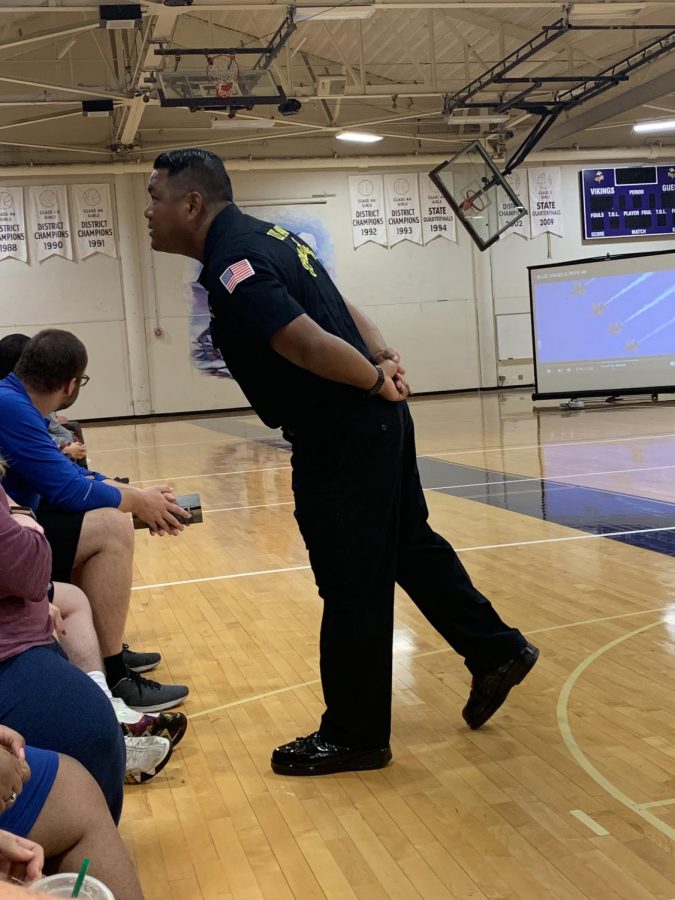 Today Sept. 9, 2019 at Parkway North had an assembly during academic lab from the Blue Angles. The Blue Angels are the United States Navy's flight demonstration squadron which was initially formed in 1946, making it the second oldest formal aerobatic team in the world, after the French Patrouille de France formed in 1931. They are currently going around to local highschools to raise awareness of their upcoming air show. They will be performing in Chesterfield Missouri on Sept. 7-8, 2019 at the Spirit of St. Louis airport.