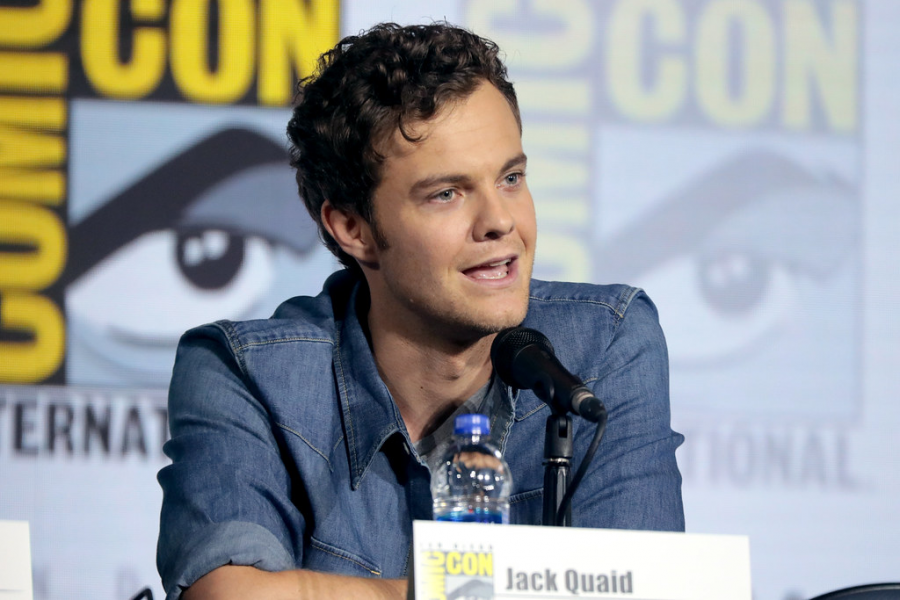 When “The Boys” first season was released in 2019, it was acclaimed by critics for being a gritty, gory superhero show. It broke tradition for showing another look at superheroes than how they are normally portrayed.

The show introduced us to Hughie, a civilian whose girlfriend was killed in an incident with one of “The Seven”, the most famous superhero group. Along with his comrades William Butcher and Frenchie, he set out to take down the Seven, and the corporation that controlled them, Vought.

Unlike traditional superhero stories, we are shown the violent, commercialized side of the heroes that are idolized.

However, this show is not for everyone, and certainly not for kids. It is unapologetically gory, with gruesome and bloody action packed scenes, and punchy, inappropriate humor galore.

Season 2 kicks off with the characters on the run from Vought after being discovered by the government. William Butcher, the violent, snappish ringleader from season 1 is MIA and Hughie must face that he will have to step up as a leader in order to keep The Boys together.

Anthony Starr portrays Homelander, the psychotic leader of The Seven. Starr does a superb job of playing Homelander. When watching scenes with him, I find myself holding my breath. The sudden, violent outbursts that Homelander is known for leave viewers’ heart racing.

However, in season 2, we are introduced to Stormfront, played by Aya Rachel Cash, the new member of The Seven. Where Homelander is violently controlling and fear mongering, Stormfront is persuasive and appealing. This leads to a power struggle between these members, both of whom are willing to do whatever it takes to gain power.

Hughie Campbell, who we were introduced to in the first season, has new responsibilities that he must rise to meet. Without William Butcher to lead the group to oppose the Seven, Hughie is left struggling to lead. While Butcher was violent, impulsive and effective, Hughie is timid and nervous. After he was thrust into a new life on the run, it became his role to inspire his friends.

Possibly my favorite aspect of the show is the mortality of the main characters. They crafted these characters to show the hopelessness that they often feel. Most of the boys don’t have superpowers, so they must use ingenuity to take on the most powerful people in their universe.

Season 1 superbly introduces the characters to us and began developing the story for season 2. Season 2 also focuses on the commercialization of superheroes, and goes further into showing what the leaders of Vought will do to continue making money. Not only are the boys attempting to kill the strongest and most powerful heroes, they must dismantle something even more sinister, the monopoly of Vought.

After all of this, “The Boys” is still a superhero show, so it has its fair share of battles. This is another place it excels. The CGI and spectacle of the fights are in par with movies such as “The Avengers” and “Batman”. Fights are fast paced, gory and fun.

When the protagonists aren’t in shootouts or laser battles with Earth’s Guardians, the show is often grim. While there is a clear Good vs Evil divide, The characters often struggle with the morals of what they are doing. That is the source of a lot of tension amongst our protagonists, who often push the limits of what can ethically be done to accomplish a goal.

In many ways, the show is satirizing the superhero genre that has become the formula for blockbusters in recent years. The good guys always win trope is not present in The Boys. It also mocks the obsession with celebrities, and seems like a commentary about how corporations control the media.

Despite the seriousness and grittiness of the show, it does not feel like it is too full of itself. Many people have stayed away from recent DC movies because they have been overly stiff. This is not the case in The Boys, and the humor is excellent. As a result of the violence, the humor is very macabre and absurd. Much of it is almost slapstick, in a gruesome, inappropriate way. I would not call any of the jokes very clever, but in a show that relies so much on shock and punchiness, they fit in very well.

Overall, I love “The Boys” Season 2. It shows a very different look at superheroes than consumers are used to, and that is fantastic. It builds off of season 1 effortlessly while bringing in new characters to love.