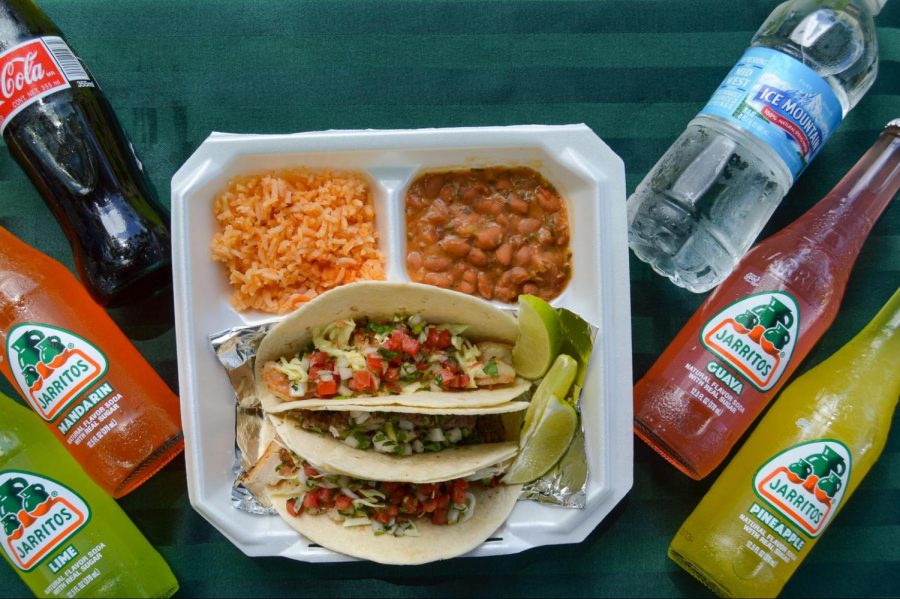 Macako Tacos is a food stand that specializes in authentic Mexican cuisine. It’s opening days will be on March 13 and 14. After that it will be open every Saturday and Sunday until later in 2021. Each taco plate comes with three tacos and sides of rice and beans.

Introduced to the United States in 1905, the taco has become a well-known and loved street food or dinner idea. But when one thinks about a taco, many think of a Tex-Mex style which, though they are technically tacos, they don’t quite compare to the traditional ones that originated from Mexico.
Macako Tacos is a food stand that specializes in traditional and authentic Mexican food and tacos. It is also a family business that belongs to junior and Norsestar writer Diana Baeza and her family. Located at 12412 Glengate Drive in Maryland Heights, the food stand is open every Saturday and Sunday.
The menu features a variety of options such a chicken, carne asada and even vegetable tacos and bowls. There are combos as well for anyone who’s interested in mixing and matching tacos. The prices for most entrees range from $10 to $12 which is reasonable considering the quantity of food and lengthy preparation time.
Because of the amount of time it takes to prepare everything, Macako Tacos prefers for people to pre-order their meals and then pick up their orders on the days they’re open. They also offer delivery on the weekend for an additional $5.
Macako Tacos is pretty special in that they are authentic and original Mexican tacos unlike a place like Taco Bell that would serve a Tex-Mex style. What makes a Mexican taco authentic is its soft corn tortillas and carefully flavored meats with a variety of toppings, and Macako Tacos has exactly that.
Each plate came with three small to normal sized tacos with a meat of your choice or a bowl with ingredients of your choice without the tortilla. The plates also each come with a side of savory beans and rice.
Along with that, each tray of tacos had a bowl of toppings that came with it including cilantro, lime, verde salsa, rojo sauce and pico de gallo. It was pleasing to see that there were both mild and hot sauces to choose from. The toppings were what elevated the tacos, such as the spicy rojo sauce which complimented the tacos very well. The pico de gallo, a squeeze of lime and chopped onions and cilantro also really enhanced the flavors of the meat.
All the meats that Macako Tacos included in their tacos were rich, tangy and full of flavor. The carne asada had a really earthy and roasted flavor to it that went well with the soft tortilla and complimented the shrimp well too. But one thing that Macako Tacos could improve on is their chicken; although it was tasty and flavorful, it wasn’t as soft or juicy as the other meats, but it was not bad at all.
While all the other tacos were great, the shrimp taco was by far my favorite one. It was eye catching to see how great the food looked, and the shrimp itself was soft and tender. The flavor was tangy and infused with hints of spice and citrus which went together perfectly. Like all the other tacos, the toppings of lime, cilantro, and pico de gallo complimented the shrimp taco incredibly.
Along with the tacos, Macako Taco included many authentic Mexican drinks such as Jarritos sodas and horchata, which is a sweet rice milk beverage with cinnamon that tastes like ice cream and somewhat similar to Cinnamon Toast Crunch. The horchata was one of my favorite things about this experience, and is a must have.
Macako Tacos is the perfect place to go to for an original Mexican taco and authentic Mexican food. I loved how much care and thought was put into every single ingredient in their food. Be sure to check out and try Macako Tacos; it is an experience that everyone should have.